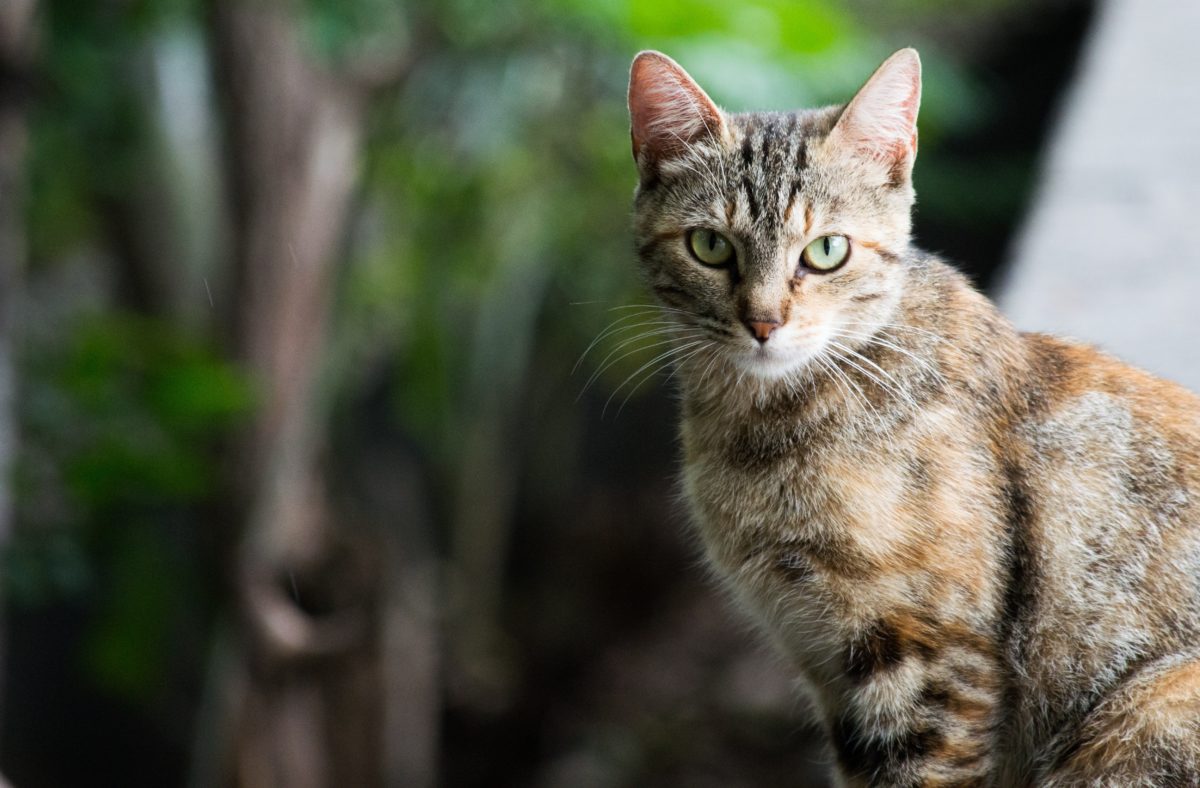 A Cat, a Man, and Two Women

Shozo, a dull man who runs a rough goods store in Ashiya, has a female cat named Lily that he has kept since his bachelor days. One day, Shozo receives a letter from his ex-wife Shinako, asking him to give Lily to her. He put off replying to the letter, but his wife, Fukuko, who had always disapproved of him taking better care of the cat than himself, pressured him to give her up. Of course, there was a hidden agenda on the part of Shinako, who was sure that Shozo would eventually visit her house to miss her cat. Despite his wife's strict protests, Shozo goes to her house to see the cat, but what he sees there is…

The Kansai dialect is well suited to a bad guy.

I am not saying that men in Kansai are bad. A bad man needs cuteness, and there is something about the Kansai dialect that loosens people's hearts.

There are many things that are said in Kansai dialect or other dialects that would be offensive if said in standard Japanese, but can be forgiven if said in Kansai dialect or other dialects. In particular, the affectionate phrase "Aho-yana(Silly girl)" is thought to be full of intimacy and male charm that tickles a woman's heart, but is it just paranoia that makes me feel deeply depressed when someone says "Baka-ka?(Stupid girl)"

The heart of this novel is therefore the Kansai dialect. I'm not a linguist, so I don't have an exact argument, but I think that the dialect used in this novel belongs more to the Osaka dialect. The setting is in the Hanshin area, from Ashiya to Rokko, so I thought it was a Kobe dialect, but it was an Osaka dialect. It doesn't matter, though, because the impression of the novel doesn't change much due to this difference.

The author, Junichiro Tanizaki, moved to the Kansai region after the Great Kanto Earthquake in 1923 and continued to write vigorously, but his works after his move were so interesting that he became a Tanizaki fan.

"A Cat, a Man, and Two Women" is not particularly famous, but I think it is a good work in which Tanizaki's cool-headed observation of people shines through.

The story seems to depict a hierarchy of foolish women who are jealous of cats, foolish men who dote on cats, and cats who are not enslaved to anyone, but I don't think it is necessary to be so particular about the keyword "enslavement. There are a lot of people who want to fit "Lover's Love" into the scheme of male-female relationship, slavery, and Tanizaki, but I think what is depicted in "The Cat and Shozo…" is the unique aesthetics of Tanizaki, that even a bad man has his own style, and a man who cannot follow that style is not qualified to be a bad man.

However, in order to act as an S-sadist, one must have discipline and a spirit of service, which is never allowed. It is not sadists who are simply violent or force women to pay for them.

This was Tanizaki's underlying aesthetic, and behind the way he devoted himself to Mrs. Matsuko was the discipline he imposed on himself, and the "beauty" he felt in adhering to it.

On the other hand, what about the main character of this novel, the man?

He was good at first. He was just a stupid husband who loved his cat. However, after the cat was taken away from him, his ego began to grow, and he began to resent being poked and prodded by women. Then, he is no longer a useless man, but just a lump of pride.

In the last scene, Shozo runs out barefoot to avoid being seen by Shinako, which is both funny and pathetic.

The beauty of a bad man is that he is thoroughly without an ego.