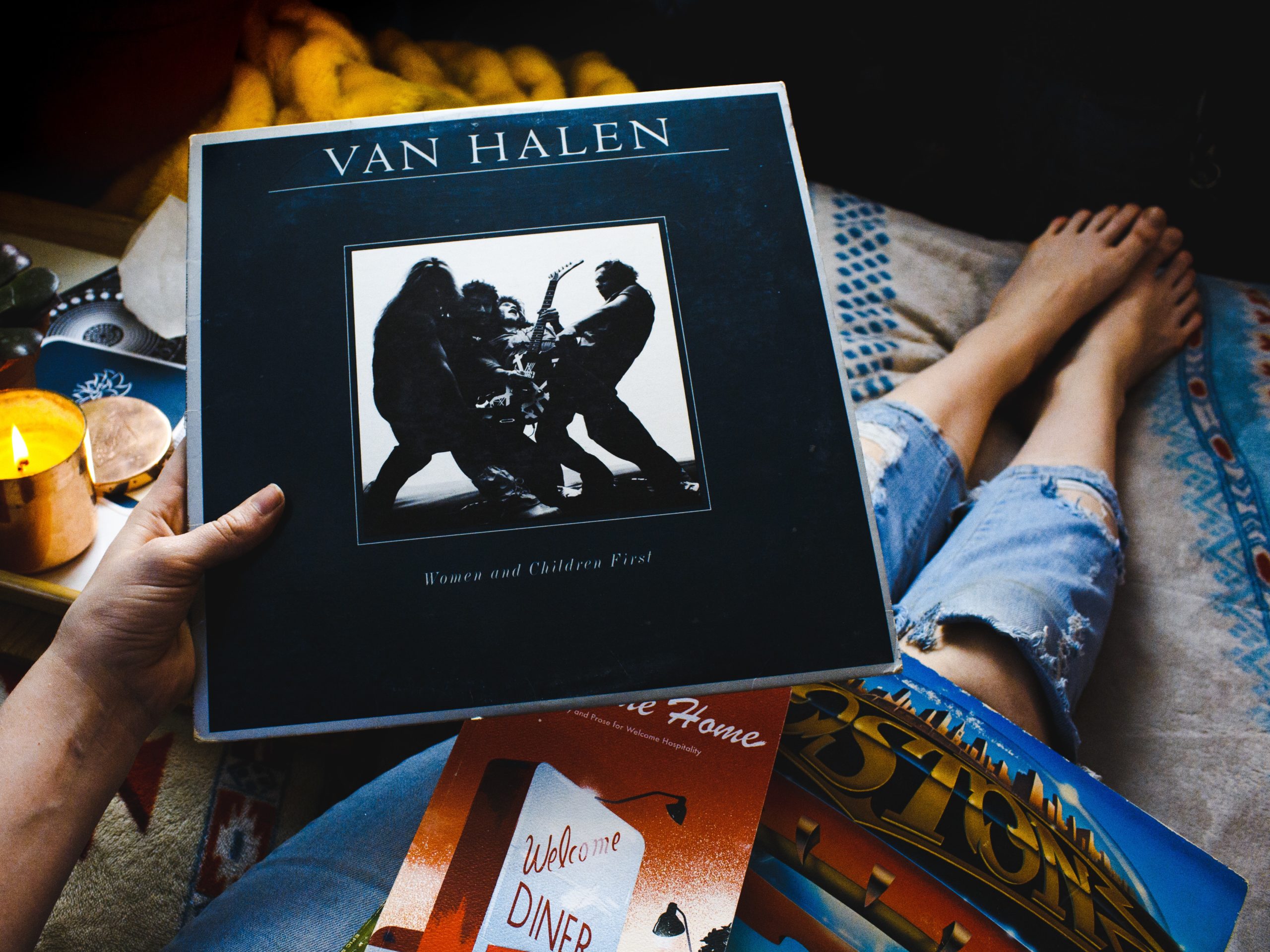 Sighing heavily, I looked at the countless drinks on display, but I didn't know what to order. I couldn't be bothered to choose, so I just pointed at the empty glass and said, "Another round.
The store's background music changed to "Eruption". My heart rate increased, and the bottles of alcohol glittered in the haze before my eyes.
The pace of refills was fast that day. The pace of refills that day was quick, as the player of "Eruption" and the ultimate guitar hero "Eddie" Edward Van Halen had passed away at the age of 65.

Have you ever heard of EVH? If you go to a large music store, you will find guitars, amps and effectors with the EVH logo on them in the corner of the electric guitar section. Yes, this is the brand established by Edward Van Halen with the cooperation of Fender.

He was such a guitar hero that his death was reported on Japanese TV news. As well as his unconventional technique and wonderful music, his equipment, sound quality and tone have attracted a great deal of attention, and have great commercial value worthy of establishing a brand.

When it comes to rock electric guitars, Fender Stratocaster and Gibson Les Paul are the two biggest names. These are the two big names.
If you plug a Les Paul into an amp with enough drive, it will output a thick sound. If you play a Strat through the same amp, you get a crispy, crunchy sound.
It's hard to reproduce Eddie's "Brown Sound", which is a thick, warm, driving sound with clear treble, with a completely normal amp.

At first, Eddie admired Eric Clapton from the Cream era and used the money he earned from delivering newspapers to get a Les Paul, but he soon found that he liked the operability of the Strat.

He bought a Strat-type body and neck for $200 at Shirvell, which was a small guitar store at the time, and started making his own guitars, painting them, cutting the fingerboard flat, fretboard, etc.

He used a chisel to widen the single-coil pickup slot on his Strat and mounted a Gibson humbucker pickup.
This moment was the egg of Columbus, the Copernican turn of events, and a bolt from the blue. It would not be an exaggeration to say that this was an event that changed the world of rock music.

It was a fusion of Fender and Gibson. The combination of a Strat and a humbucker is not uncommon today, but it was Eddie who made it popular.
In fact, Funkadelic guitarist Michael Hampton was the first to use a Strat with humbuckers, but there is no doubt that it was Eddie, with his high playing ability and talent, who started the boom.

One of the biggest problems for Strat users of synchronized tremolo back then was "out of tune" after arming. The Strat's synchronized tremolo was not designed for bold, violent, and drastic pitch changes like Jimi Hendrix and Eddie, but for light vibrato in the surf music that was popular in the 1960s.

The strings are held in place at both ends of the nut and bridge saddle, which means that even when you play hard, the strings are physically out of tune. It also allows for bold pitch changes when arming, such as string flexing, and as a byproduct, it also increases sustain and overtones. Eddie's sound and playing became even more brilliant when he got the first Floyd Rose prototype serial number.

Eddie said, "It's nonsense that you have to spend a lot of money on equipment to get a good sound," from a man who changed the world with a DIY guitar that cost a little over $200.
Maybe it's a joke that he collaborated with EVH and Fender's master builders to sell a Masterbuilt Replica Frankenstein for an astonishing 2.8 million yen, with all the scratches and dirt, not to mention the specifications, indistinguishable even to him. It's a joke.

His flexible and free phrasing without being bound by notation, his amazing tapping technique, etc., are all things that he is obsessed with. There's no end to the amps and effectors he uses, so I'll end with one of his interesting episodes.

The sound, however, was completely different from Eddie's.

Just by listening to a single phrase, you know whose guitar it is. I'm sure you've had that experience. The key to the guitar sound is the player himself. How hard you pick, the angle of the pick, the way you hold your fingers, and the emotion you put into your playing can make a big difference in the sound. These factors are even more important than guitars, effectors, and amplifiers.

And Eddie was the very embodiment of that. His sound never changed whether he was playing on his beloved Frankenstein, a cheap guitar, a broken amp, in a crowd, or alone in the studio. Just by listening to a single phrase, Eddie sounded like an eternal boy who loved the guitar with all his heart, a sound that made me excited to listen to him. Such Eddie has left us forever…

The world of electric guitar is a deep one.
Today, all over the world, people are strumming their guitars in their bedrooms, hoping to become the next guitar hero. Who will be the next hero? I'll have to order another round of drinks.